Hsu Fang-Tze is an independent researcher and a Ph.D. candidate in the Cultural Studies in Asia programme of the National University of Singapore. »more

Democracy as a conundrum of colonialism has been re-articulated in various historical contexts. In the 19th century, French poet Arthur Rimbaud writes: “Let’s drink to sodden and spicy places! –that promote the most monstrous industrial or military exploitation.”*1  His poem “Démocratie,” and especially its title, was an attempt to condemn an atrocity committed in the people’s name when it was actually masking “a genuinely bourgeois regime,” and the inauguration of colonial power.*2 In the contemporary context of India as a postcolonial nation-state, Partha Chatterjee, the eminent scholar of the Subaltern Studies Group, argues, “The framework of global modernity will,…inevitably structure the world according to a pattern that is profoundly colonial; the framework of democracy, on the other hand, will pronounce modernity itself as inappropriate and deeply flawed.”*3 Looking at the democratic movements in Taiwan after the lifting of martial law, the leading intellectual figure Kuan-Hsing Chen proposes a “de-Cold War” schema, in which he argues that these democratic movements are the cultural results of Taiwan’s engagement with American imperialism, which was characterized by its right-leaning, anticommunist tendencies and pro-American agenda.*4 The origin of democracy, as examined by Jacques Rancière, also was constituted upon “a nature order of things according to which assemblies of” those, who are entitled to exercise their governing power over those who has been categorized as governed.*5

Whether or not Taiwan’s Sunflower Student Movement, which occurred from March to April 2014, could be claimed successful as the defeat of the pro-unification Kuomintang and the overwhelming disillusionment with the current ruling party, the People’s Progressive Party, the romanticized discourse of democratic movements inevitably lost its relevance, as evidenced especially by the ideological violence of populism and the gradually carnivalized mass mobilizations in the era of the collapsing welfare state. Having in mind Antonio Gramsci’s proposal for countering hegemony, Chatterjee is clearly aware, in the context of India, that civil society is being privatized at the same time that political society, in the process of nation-building, is showing some potential. Because this potentiality of the people’s movements come from its temporality, his proposition of citizenship characterized by the ephemerality breaks away from the hegemony of the State. By addressing on the question of “the democratic negotiation of citizenship under conditions of globalization,” he asks, “how are we to conceptualize the rest of society that lies outside the domain of modern civil society?”*6 A similar concept was suggested by the late Jamaican cultural theorist Sylvia Wynter, “How can we be enabled to come to mind about the well-being or ill-being of those inhabiting worlds outside that of our normatively politically liberal democratic referent-we of homo-oeconomicus?”*7

After the media hype and the glamorous heroism finally gave birth to a new political party and enabled a rock star to take a seat in the parliament, how about the majority of the unsung heroes who also participated in occupying the Legislative Yuan? Regarding the entire experience of the Sunflower Movement as trauma, Xuan-Zhen Liao, I-Chieh Huang, Chia-Hung Lee, and Yu-Ping Wang, who all could be referred to as the post-90s generation, and who have been conducting projects collectively since 2013, joined forces with their fathers and co-produced a documentary film titled Time Splits in the River. In it, they revisit Taiwanese writer and political prisoner Ming-Cheng Shih’s circumstances under the White Terror. The reenactment of the possible scenarios of Shih’s struggles not only allows these fathers who take on the role of actors to reflect upon their political amnesia but also invites the children who take on the task of directing to work through their political discontent. As Rancière argues, “The essence of politics is dissensus. Dissensus is not the confrontation between interests or opinions. It is the manifestation of a distance of the sensible from itself.”*8  Between the past and present, between two generations divided by the Material Law, and between the grand narrative of history and the intimate personal memory, the actualization of these gaps on scene and on set does not seek a reconciliation but asks for a sympathetic understanding. 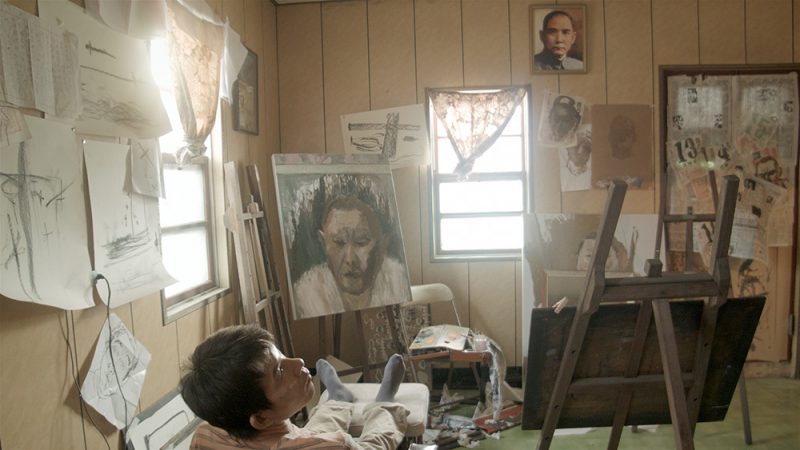 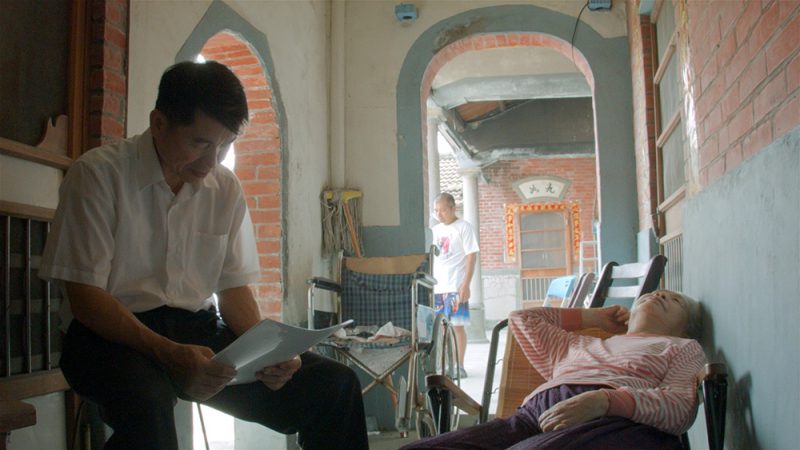 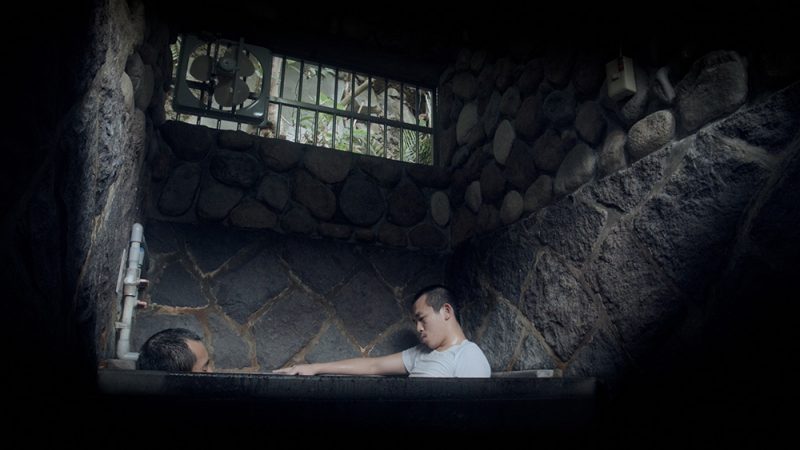 When stepping into the large-scale two-channel video installation of Notes on Oblivion by Che-Wei Chen, one enters the Yang-Shen-Yuan, long forgotten by the collective memory of the citizenry and vanished from the Taipei cityscape. As the first psychiatric hospital established during the Japanese era, Yang-Shen-Yuan has been renamed multiple times since the end of the Second World War. Today, it has been replaced by the geometric districting of residential spaces that hint at the atmosphere of urban decay. And, the iron gratings that overwhelm present-day residences on Hulin Street inevitably conjure Giorgio Agamben’s words at the end of Homo Sacre: “Today it is not the city but rather the camp that is the fundamental biopolitical paradigm of the West.”*9  The colonizing modernity established in parallel with Yang-Shen-Yuan takes the realization of knowledge that is the objective of scientific medical understanding of “humans” and then sugar coats it and upholds it as a paradigm. Where the desires of the colonizers are naturalized into the basic construction of medical facilities for societal progression, Che-Wei Chen adeptly amplifies the present mode of reality of oblivion by highlighting the necessary forgetting process that is considered as the tranquilizer for the collective well-being of society. 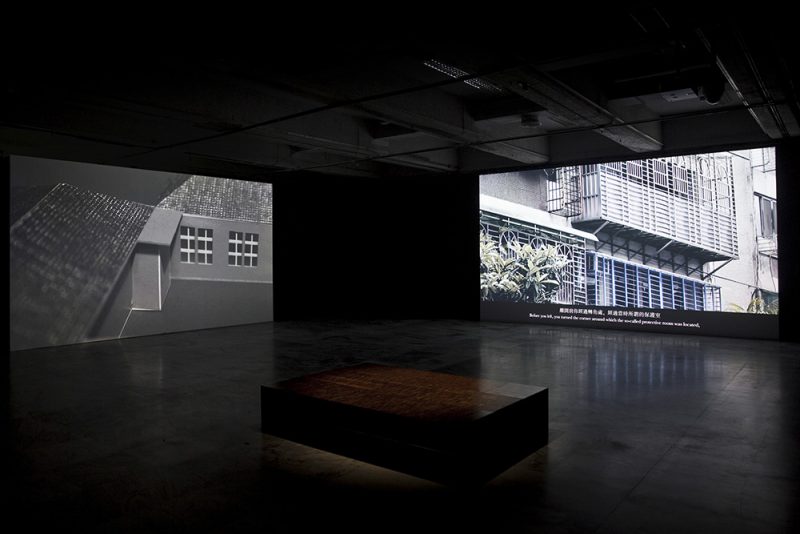 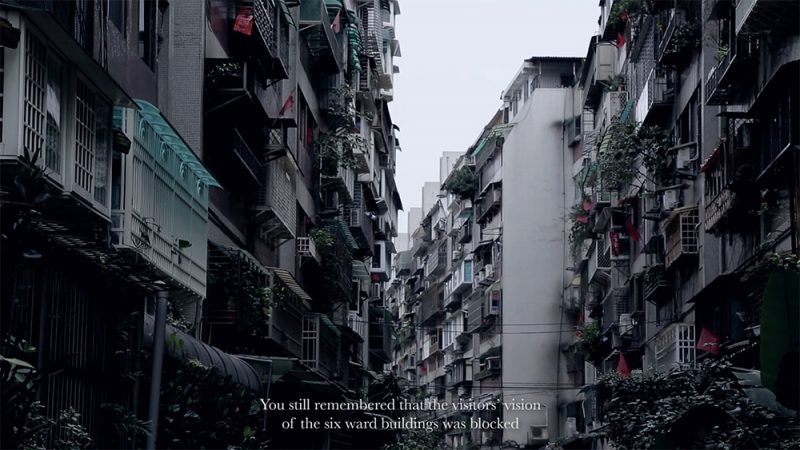 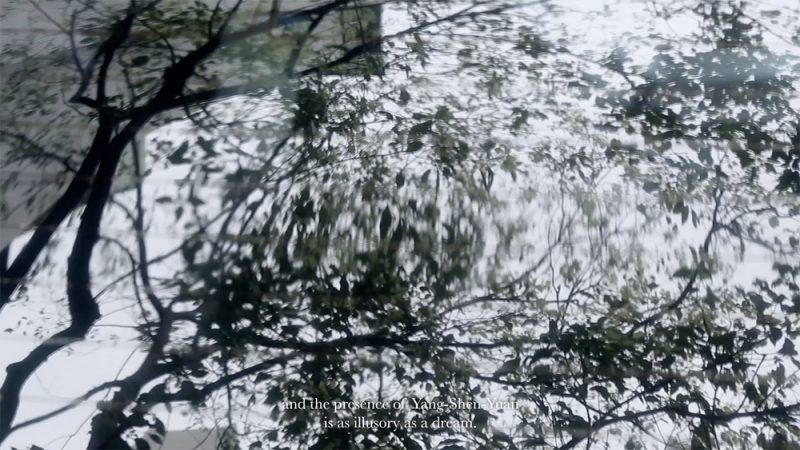 From the Second Sino-Japanese War to the Cold War, Taiwan’s ambiguous political status renders the surviving ones into a state of Aphasia. The incomprehensibility and opaqueness embodied by Ding-Yeh Wang’s two-channel video titled Wakabayashi Junko derived from a real-life story of a Japanese girl born in Manchuria and subsequently relocated to Taiwan with her husband from a rich Chinese family. She was forced to give up both her contact with her biological family and her Japanese name/identity when she adopted the Chinese name Yulin in order to flee from Manchuria. This is the second piece in Wang’s “Family History-Story Project,” and it is an artwork that is conducted in collaboration with the family members of his subject, and the artwork focuses on the marginalized female voices in the paternal society. Wang’s videos in the series started from a series of storytelling and writings. The specific method of image making resonates with his own journey of excavating those junctures silenced in his own family history, which intersect the shifting terrain of political circumstance and the colonial ties shared by other political communities in the region. If the long take of Wakabayashi Junko implies the lineage of historical time, the reflexive nature of the video achieved through looping suggests the repetitive pursuit to restoring a lost identity. 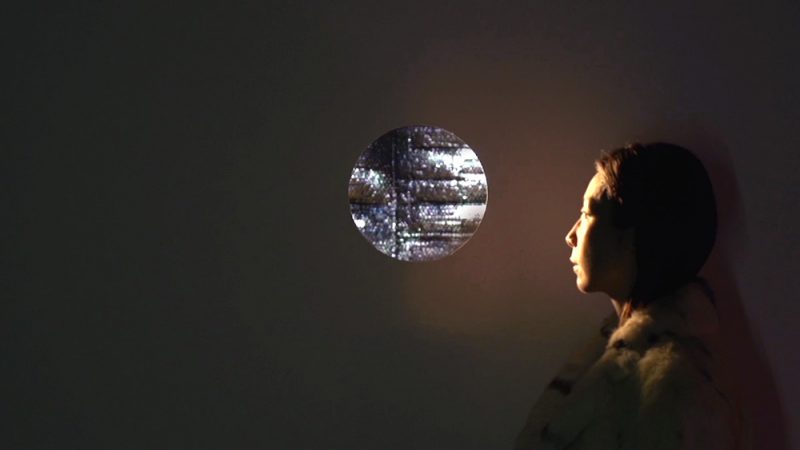 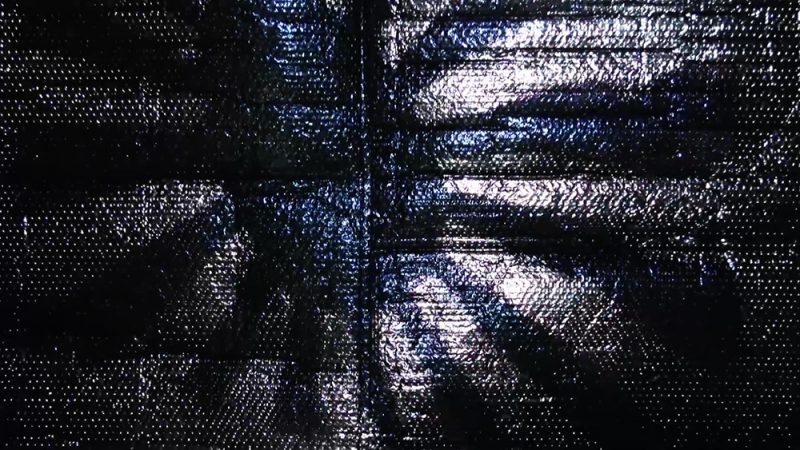 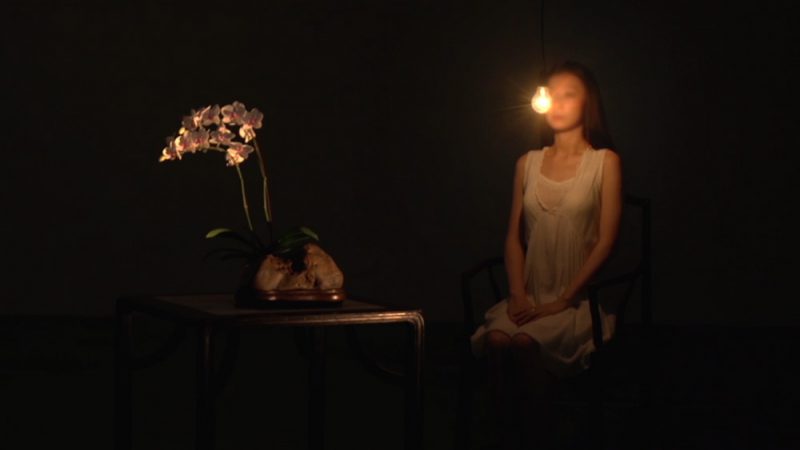 In other words, acknowledging this multivalent legacies of colonialization and the urgent pursuit of a radicalized humanity, the above-mentioned discussion, made by the artist, highlight the political significance of aesthetics in its specific socio-historical context, and emphasizes the collective proposal to reassess the meaning of citizenship beyond the nation-state, specifically by elaborating from the personifying narratives of history as manifested by the moving image works of Taiwanese artists and collectives. In the time of remembrances, the alternative forms of citizenship restored, and the transgressive potentiality of society can be re-imagined.

*7 McKittrick, Katherine, and Sylvia Wynter. “Unparalleled Catastrophe for Our Species? Or, to Give Humanness a Different Future: Conversations.” Sylvia Wynter: on being human as praxis. Ed. Katherine McKittrick. Durham: Duke U Press, 2015. P. 44